Najah lives in one of these newly built sub-urbs, where the trees are young and the neighbours are only just getting to know one another. She has a beautiful house on a corner. One side faces a stream, the other side exposes her to strong winds crossing a plot that may come to contain some high rise structures in the future. To protect her terrace from these blows, she covered her backyard with fences and planted some with  ivy – toxic to humans, yet very useful as a food resource for hungry insects in autumn, when hardly any other plants are blossoming.

Najah would love to see some edible greens surrounding the stylish grey tiles of her backyard, yet the kids needed to remain with an open space to cross their bicycles and play football with their dad. Apart from having perennials, she also looked forward to growing some fresh herbs and vegetables, like eggplants and tomatoes – crops that don’t necessarily do well under regular Dutch conditions, unless you give them some extra love and care, like a warm, sunny place with a suitable soil. The same applied to the nectarines, peaches and grapes she had in mind. On top of her list was a quince, a species which is known to adapt well to local conditions, though it is said to originate from ancient lands beyond the Middle East. 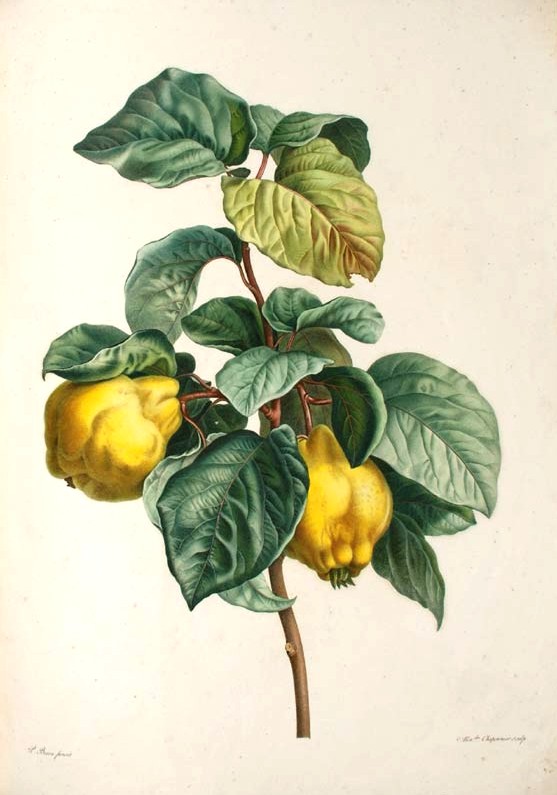 To protect future plants from balls and collisions, we planned a series of raised beds that could house the trees and their undergrowth – at the same time maximising captured warmth & sunlight under chilly Dutch skies, and providing a border that she could sit on whilst nurturing seedlings or just having some tea. As the fence was about 2 meters high, we planned the beds to be at least 45 cm. high, providing the lower branches with enough sun to feed the development of the higher ones.

To allow Najah to collect a series of fruits without having to give up on the tiled space that was so much demanded by her kids and husband, we planned to cover the bits and pieces or gardens around the rest of her house as well. We sat down and found out which fruits were most liked by the family, including types that typically do well in the harsher parts outside the fenced terrace, excluding types that would ask too much attention or needed harvesting when they were out for summer. Mixing espaliers with patio-trees and a variety of herbs, perennial vegetables and flowers, we came up with a plan that could cater for a large amount of species, spreading harvest throughout the year, meeting the demands of her kids and kitchen cabinet.

The initial sketch looked like the one below, most of the grey areas being raised beds, and tree A being the quince or an cherish, as the fence behind it would allow easy coverage against the birds. As C, D & E covered the warmest, sunniest places in the garden, these were reserved for peach, apricot and nectarine, whilst a grape could grow behind them. Being able to withstand some shade and rougher conditions, the plums, apples, pears & quince could be placed in the front garden and area B&F.

As the sketch developed, we took to paper & pencil, to raise and erase what we wanted the add and erase. The front garden gained some patio trees to help fertilize the larger pears & apples, provide an extra source of harvest and give the nearby kitchen a little privacy – the side of the house gained some wild flowers that would prevent maintenance, keep the soil healthy, feed domestic wildlife and keep the rest of the garden healthy. Insect hotels were added at places which kept their lodgers at safe distance from playing kids and relaxing adults.

In the years to come, we will keep on following Najah’s edible suburbia, hoping she is enjoying a plentiful harvest from a beautiful garden, and she has set a trend for the entire neighbourhood.