Have you ever seen a tree that grows its fruits straight on its trunk? Check out the Plinia cauliflora, a.k.a. the jabuticaba, a.k.a. the Brazillian grapetree* – which kind of gives away what its fruits taste like. With few growing requirements and a harvest that may come up to three times a year, this tree makes a beautiful and productive container specimen.

The tree prefers moist, rich, lightly acidic soil, but as long as you tend and irrigate it, it can even grow on alkaline beach-sand type soils. Just avoid getting it in touch with salt, as it will vanish. Several varieties can withstand a bit of frost, but commercial cultivation of the fruit in the Northern Hemisphere is restricted by its extremely slow growth – behaving a bit like a nut. Grafted plants may bear fruit in 5 years, seedlings can take up to twenty. 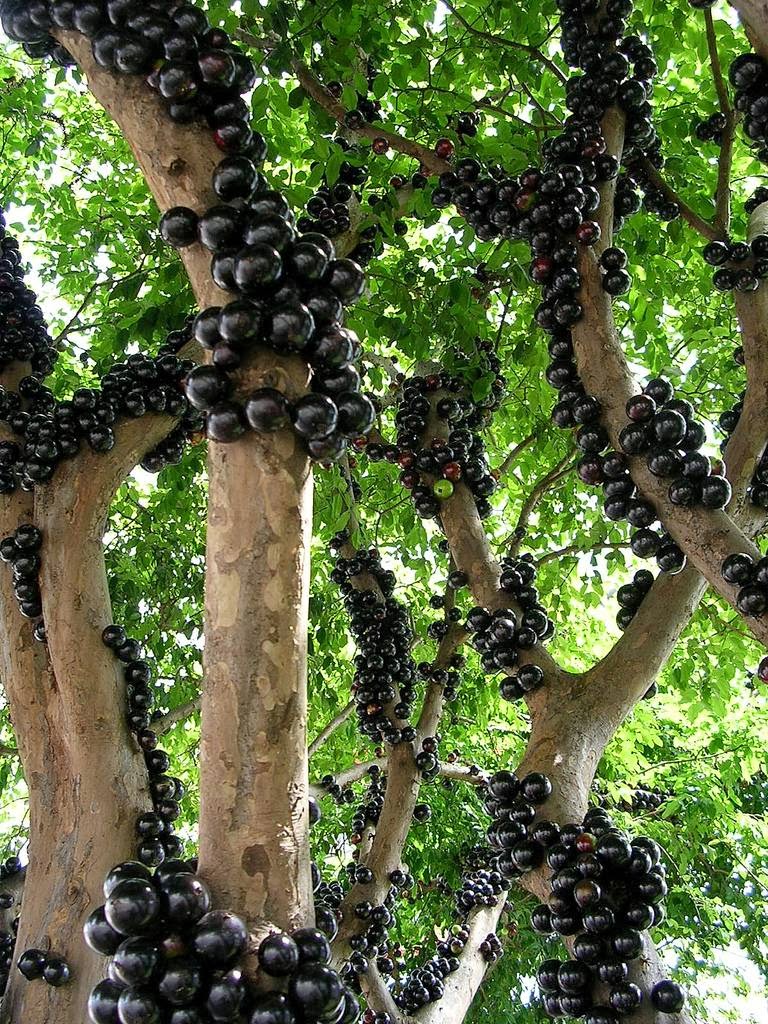 Though it is such a slow-growing evergreen, which may take decades to reach its 15 metres, be warned its fruits are quick! They only take thirty days from flower to fruit, and when they’re ripe you should eat them quickly. Fresh fruit may begin to ferment 3 to 4 days after harvest, so if you have too many, use them to make jams, tarts or drinks.

‘place where you find tortoises’

The name jabuticaba, comes from the extinct Tupi words ‘jabuti’ (a red footed tortoise) + ‘caba’ (place), so its the place where you find red footed tortoises, which prefer to live natural habitat ranges from savannah to forest edges around the Amazon Basin. Scholars believe that the ancient Tupi initially lived in the Amazon rainforest, but started to spread southward and gradually occupied the Atlantic coast 2900 years ago, where they came across the first Portuguese that are known to have arrived there.

As tortoises have been classified to be holy animals, carrying resemblances of ancient calenders on their backs, being near a jabuticaba might have suggested good fortune. Unfortunately, the fate of the Tupi did not turn out so well.  In 1500, their population was estimated at 1 million people, yet after colonisation, many were assimilated, enslaved or killed by diseases like smallpox. It led to their near complete annihilation, with the exception of a few isolated communities that are confined to Indian reservations or acculturated into the dominant society. 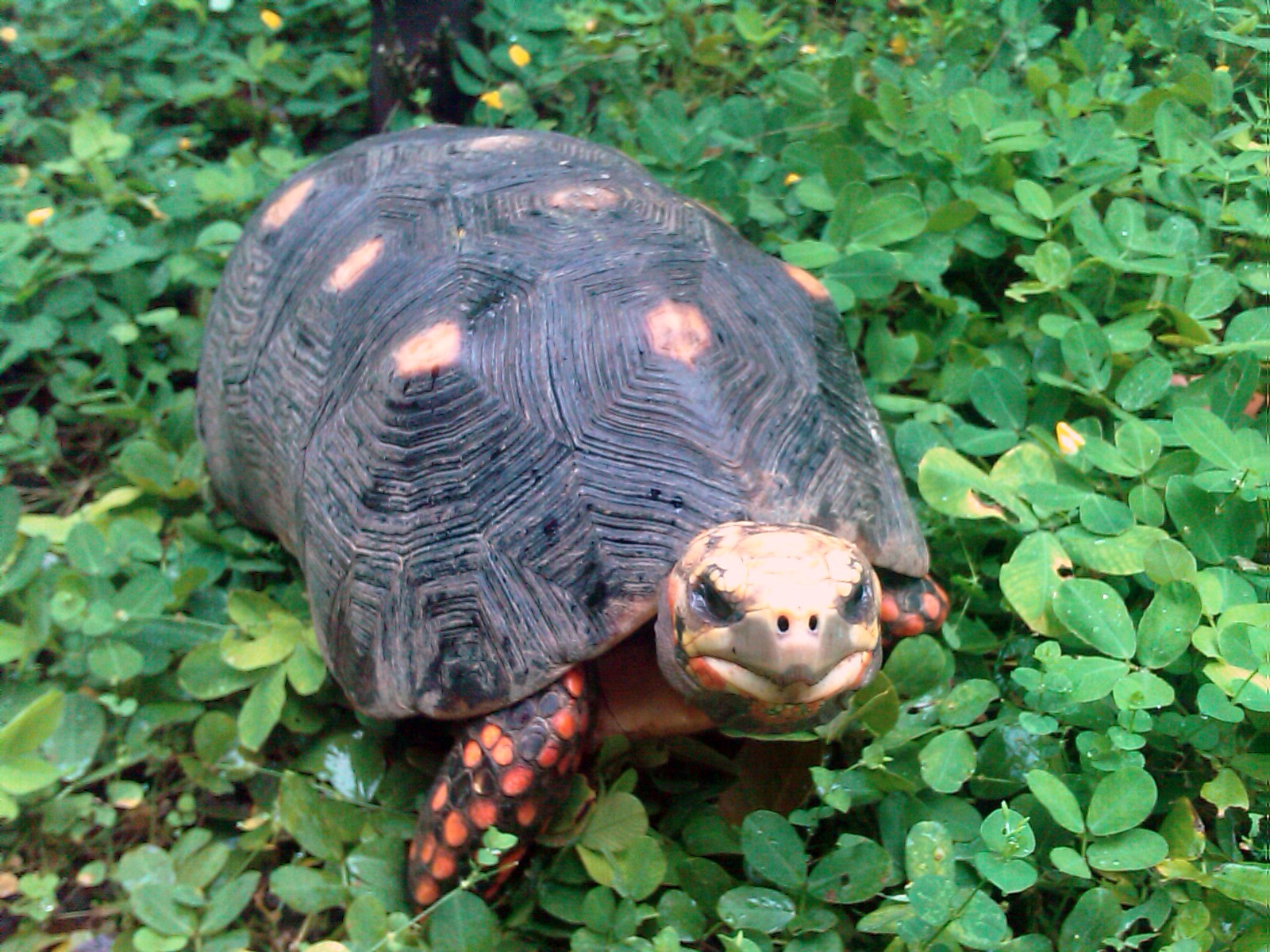 the red-footed tortoise (Chelonoidis carbonaria) from northern South America, which apparently likes to find itself near the jabuticaba